I am a Swedish business coach, workshop manager, and composer of contemporary music, and I play trumpet and flügelhorn. Currently, I am leader for the business incubator KLUMP in Botkyrka, Stockholm, focusing on culture and social entrepreneurship. I am also president of the new national organization for culture incubators creARTive.

2010-2017, I was president of the Society of Swedish Composers, who represents the interests of Swedish art music composers, and of the Council of Nordic Composers, as well as board member of STIM and Bonus Copyright Access . I was also Artistic Director for Nordic Music Days festival in Southbank Centre, London, in the end of September 2017.

2010-2012 I was member of the Swedish Council for Creative and Cultural Affairs, and since 2014 I am honorary member of Västgöta Nation in Uppsala. 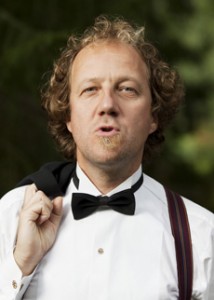